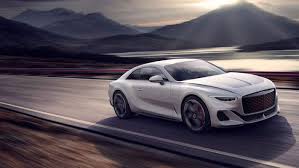 In my experience, autocross can be a very fun and exciting sport. I have participated in several events in my local area. I found the hobby to be very addictive as well.

Out of all my other hobbies, I think this one is the best “bang for the buck” as far as thrills go with your car. Everybody can participate. Every car (some clubs have exceptions to this though like no SUV’s, no Trucks) can race. The nice thing about this kind of race is that you are competing against others in your class usually defined by the SCCA, however, you are on the course alone so there is minimal chance of hitting other cars.

The hardest part about autocross (aside from learning how to race) in my opinion is finding the right car. Sure, you can use a daily driver, but that is not recommended if you are going to participate in several events a year. Autocross can create wear on the tires and other components very quickly and can get expensive very fast. I would recommend to get a vehicle that you can use for autocross. This can be a “trailer car” or a car that you can still drive on the road, but use only for this hobby.

There are 4 key components to consider when selecting a car for autocross:

WHAT TYPE OF CAR TO GET FOR AUTOCROSS:

For autocross racing, some people would assume that the car has to be very powerful, small, 2 doors and modified. This is not entirely accurate. While that type of car would be nice, it is not required to be competitive in autocross.

Remember that most autocross events and clubs have the cars grouped in to some sort of class. The club I participate with follow the SCCA Class guidelines. The classes help group the cars so the same “level” of vehicles can remain competitive within each class.

This is done to avoid the “biggest and fastest is best” state of thought. It would be unfair to put a heavily modified Porsche GT3 up against a stock Ford Focus. This is why they do that.

So, to pick the right car for autocross, you would probably want a coupe or convertible FIRST if possible. Sedans can work well too, but some sedans are not geared for modifications, although, the sport sedans of today are really starting to take over.

Manual transmission would be recommended, however, if you have an automatic that is OK too. You may want to consider trading it for a manual in the future to remain competitive. Again, there are still “sport shift” type automatics out there that are getting better and better each day.

Ideally, you would also want a rear-wheel drive car for autocross. RWD cars typically provide better control and handling in most cases. I know some enthusiasts out there will disagree with me, but that’s OK. On the other hand, I have used several front-wheel drive cars that run with the best of them.

The price of buying a car for autocross is always the factor for me. I, like many others, cannot afford an expensive vehicle for autocross. There are, however, those that can afford it and price is still something for them to consider.

This is the range most of us beginners want to start. Of course, free is GOOD, but consider the 3rd component (overall condition) when this option comes to mind. Several cars that can perform well and have a lot of upgradable options are the following:

There may be a few more cars that I missed that fall under this price range. The method I use to hunt for cars can vary depending on the type I am looking for. I will use local classified ads, Craigslist. I will also use the bigger car searches and expand my general “hunting” area. I have successfully found great cars using VEHIX, AutoTrader as well as Government Auction Sites.

But what about the autocross cars above the $5000 range? Well, I am glad you are think that because I am about to list them below.

If you have some money to work with and want to get something newer, you can consider the following cars:

This range can include newer cars as well as pre-owned cars that are no more than a few years old. Remember, cars usually depreciate very fast, so as the years go by, some of the newer cars can be within reach for less money and are great for autocross. The cars below come to mind in this range:

Now, this price range can vary in vehicles. A lot of these cars are still new and may require loans to purchase them.

The $20,001 spectrum will consist of some of the current-day models as well as the obvious “super cars” we all respect such as the Corvette, Viper, Porsche, Ferrari, Lotus and others. I will not include a list for those because if you are buying one of those for an autocross car, you did your research.

This Information Has Everything, From Tips To Tricks About Property Making an investment